Imam Ash-Shafi’ee was born in Gaza and moved to Mecca when he was two years old. He went to Madeenah and was as a student of Imam Malik who was very impressed with this young student.

Some quotes by him

“Whoever slanders to you about others, will slander about you. And whoever reports to you, will soon report about you.”

“Let not your tongue mention the shame of another For you yourself are covered in shame and all men have tongues. If your eye falls upon the sins of your brother Shield them and say: “O my eye! All men have eyes!””

“I wish that people learnt this knowledge from me without ascribing one letter of it to me.”

“Whoever wishes that Allah will illuminate him, let him leave that which doesn’t concern him.”

“When the foolish one speaks, do not reply to him, for better than a response (to him) is silence, and if you speak to him you have aided him, and if you left him (with no reply) in extreme sadness he dies.”

“To admonish your brother in private is to advise him and improve him. But to admonish him publicly is to disgrace and shame him.”

“Three things will increase your intellect: sitting with the scholars, sitting with righteous people, and leaving off speech that doesn’t concern you.”

“Intercession is only sought by one of a lower status before a superior and no one is superior to Allah.”

“I never once argued with anyone hoping to win the debate; rather I always wished that the truth would come from his side.”

“The foolish one addresses me with words of disgrace, but I hate to respond to him in a similar manner. The more ignorant he proves, the more patient I become. Just like the incense; the more it’s burnt, the more it releases its fragrance.”

“O my soul! It is not, except a few days of patience; As if the extent were but a few dreams. O my soul! Pass quickly on through this world; And leave it, for indeed life lies ahead of it.”

“I complained to Imam Waqee’ of my weak memory; he advised me to abstain from sins; for, verily, knowledge is a light from Allah; and this light of Allah is not awarded to sinners.”

“When I see a man from the Adherents of Hadith, it is as if I have seen the Prophet – Allah’s peace and blessings be upon him – alive.”

“Be aware of your tongue, its dangerous! It’s like a snake and so many people have been killed by their tongues.”

“I heard Ash-Shafi’ee say, “A man does not become complete in this life except when he has four [qualities]: religiousness (al-diyanah), trustworthiness (al-amanah), safeguarding [from sin] (al-siyanah) and sobriety (al-razanah).” – Imam Al-Buwayti (rahimahumAllah)

“Be hard on yourself, easy on others.”

“Do you mock the supplication and belittle it? While you do not know what it has the power to do! The arrows of the night (du’a) do not miss target But they have a set limit, which shall come to end. So if my Lord wishes, He holds it back. And if the decree is to be fulfilled, He sets it forth.”

“Were this world to be sold on the market, I would not buy it for a loaf of bread, for all the troubles it contains.”

“Knowledge without action is arrogance.” 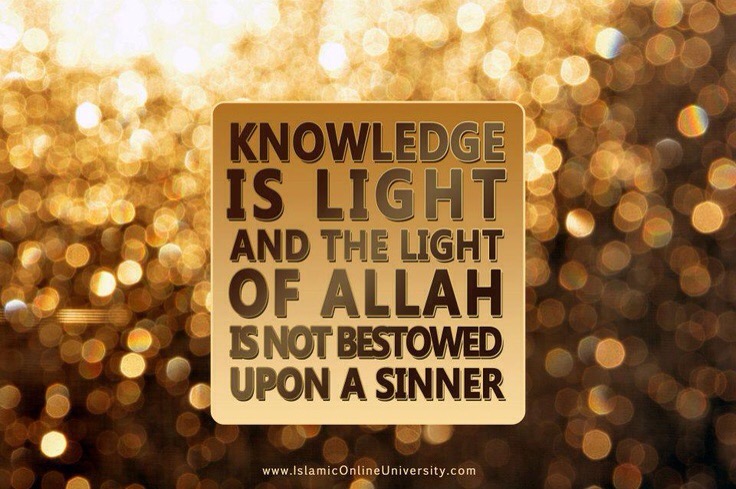